Marc Von Em is a soulful singer/songwriter who started his solo career in 1999. With three independent releases, Marc has worked his way up through coffee houses and bars to prestigious bills shared with such artists as Lucy Kaplansky, Martin Sexton, Richie Havens, Glenn Tillbrook and others. In 2005, Marc joined Rob Thomas (Matchbox 20) as a vocalist/guitarist, and for a year and a half, toured the globe. Since ending the tour in 2006, Marc continues his solo career playing venues from New York to Seattle.

Read full BiographyHide
“In a world where mediocrity —musically and otherwise— reigns supreme, it sure is nice to find someone who stands out in the crowd.” —Kelly McCartney – Chronogram Magazine.

“I’ve played to 20 people at a house concert, I’ve played to 10,000 people opening for Rob Thomas. It’s crazy when I say it out loud like that” —Marc Von Em.

His lyrics weave tales of intimate, real-life events and do so with a rhythm and rhyme unique to Marc’s style. Memorable stories twist into syncopated melodies and chords creating a depth beyond most singer/songwriters.

In 1999, Marc produced and released his first solo recording entitled Von Em. The album was well received by critics & fans alike, and created quite a buzz on the New York music scene. One of his CD’s ended up in the hands of New York City jingle house McHale Barone, and Marc was soon singing and co-producing “This Bud’s for you” on Budweiser’s 2000-2002 TV and radio ad campaign.

Living in New York’s Hudson Valley, Marc was in perfect proximity to many great venues. He began to deliver his brand of music from Massachusetts to Philadelphia, appearing at well known venues such as The Living Room, Rockwood Music Hall, The Iron Horse Music Hall, Club Passim, Cafe Lena, The Tin Angel and others. He shared the stage with well known national acts such as Martin Sexton, Lucy Kaplansky, Charlie Musselwhite, Debbie Davies, Glenn Tilbrook … the list goes on.

In early 2005, Marc’s career took an unexpected turn when he was asked to be part of the Rob Thomas band (Matchbox Twenty). Circling the globe with Rob as a backing vocalist and guitarist, Marc appeared on The Tonight Show with Jay Leno, Late Night with David Letterman, The View, The Ellen DeGeneres Show, & The Today Show. Marc also performed at the “Fashion Rocks” at Radio City Music Hall, and was honored to perform for over a million people at Live 8 in Philadelphia. His live energy and song writing won him opening slots for several Rob Thomas shows, playing to packed houses.

When the Rob Thomas tour ended in 2006, Marc came off the road to eagerly awaiting fans. With a collection of new songs, and some time tested classics, Marc Von Em immediately resumed playing theaters and clubs from New York to Seattle. The Rockwood Music Hall in NYC became a regular stop for Marc’s solo show, and is where he recorded his first live CD “Live from Rockwood Music Hall”. Released in 2007, this recording, without question, captures the essence of Marcs live show. Soulful, funky, sometimes bluesy sometimes haunting, always sincere. As one reviewer writes “… I can genuinely say if you haven’t heard or seen him live, you’re only cheating yourself.”

In 2009, Marc was asked to join Rob Thomas for a second tour. In addition to contributing even more of his vocal and guitar talents to the show, Marc was happy to oblige when asked to open for Rob once again. While touring with Rob, Marc began work on his next solo CD, expected to be released Fall 2010.

“Marc is one of a new breed of urban folk musicians who, with detailed, thoughtful songwriting and gritty delivery, are redefining the singer-songwrter genre of the 21st century” – Crit Harmon, producer (Mary Gauthier, Martin Sexton, Susan Werner)

“I’ve had the pleasure of working closely with Marc Von Em as a singer, but when I heard his original stuff, I asked him to open up a 10,000 seat gig. Just him, his guitar, and his songs. He killed it!” – Rob Thomas

“He was extremely well received by the audience, and his CD’s were sold out before he left the stage” – Dave Licursi, tour manager (Rob Thomas, Kid Rock, Hall and Oats)

“I don’t have time to write many reviews, but just gotta say that this music leaps out at me on Whole Wheat Radio, amongst thousands of indie artists that we play. It’s fun. It makes me bounce in my seat. Just a great groove. Listen to samples and you’ll see what I mean. I recommend it, sincerely!” – Esther Golton (www.wholewheatradio.org)

“Marc Von Em is one of my most favorite artists, period. He’s got such a sweet blend of soul, melody, voice and playing ability. His music is uniquely original and accessible at the same time.” – Matt Beck, keyboards/Guitar (Lisa Loeb, Rob Thomas, Matchbox 20)

“I love his songs and he’s a great guitar player” – Steve Rosenthal, producer/owner of Magic Shop Studios in NYC
“Marc Von Em is a great talent of the Hudson Valley. His songs and live performance are of the highest quality. He is a regular performer at my club” – Phil Ciganer, Club Owner, Towne Crier Cafe – Pawling NY

“I have had the great pleasure of working with Marc Von Em in the Rob Thomas band. Marc has a vision like no other, and his music is destined to touch the lives of many who listen and are moved by the love that exudes from each note he plays and sings. Just as music is a gift to us, Marc is truly a gift to music.” – Abe Fogle, drums/vocals (Phoebe Snow, Kool N the Gang, D’Angelo)

“Marc Von Em has the voice that delivers every note he sings with sincere honesty. He writes from his heart, and touches you deep within. It is an honor and a privilege to know and work with him. I can’t wait for the world to discover Marc Von Em.” – Jenny Douglas, vocalist (Toto, Rolling Stones, Rob Thomas)

“I enjoyed his music very much.” – James Earl Jones (spoken in an incredibly low voice) 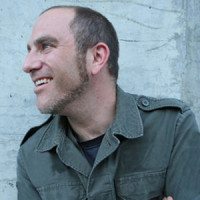 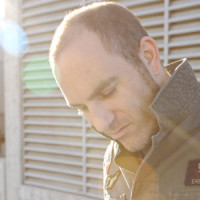 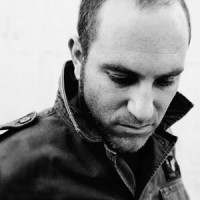