“Reduction. Stutter. Funk. Reducing the music to its bare essentials, deconstructing each facet, till it is but a dull and throbbing shell of its former self” is how four piece Aabaraki describe their delicious Alt-Soul sound that not only pays homage to the founders of funk, but also modernizes the genre. In a trend heavy musical climate, Aabaraki opts for sophisticated minimalism, operating as a single unit in producing, writing, singing, and creating all of it’s music.

Though the boys come from different but accomplished musical backgrounds, their collective sound comes naturally. Guitarist Brian Forbes is a co-owner of Brooklyn’s The Gallery Recording Studio, and has toured with hip-hop rock band The Nillaz, playing on Warped Tour 2005 and at Madison Square Garden. Akie Bermiss, a self- taught jazz keyboardist who has opened for George Clinton brings with him raw and sexy vocals that fall somewhere in between D’Angelo and Stevie Wonder. Aaron Steele, one of New York’s most sought after session drummers has toured Europe opening for Jamiroquai and bassist Ari Folman-Cohen comes from a jazz heavy background and has shared the stage with Avante Jazz great Bobby Previte and opened for Patti Smith.

The band recently released an extremely polished EP, completely written, produced, and cooked up from scratch by the four accomplished musicians. Songs range from lascivious and carnal like their single, ‘Karate’ to human and heart-wrenching like their live show favorite “Happy Ending.” 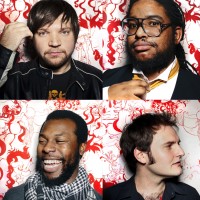 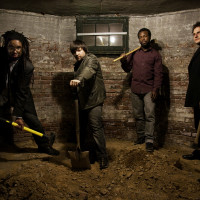